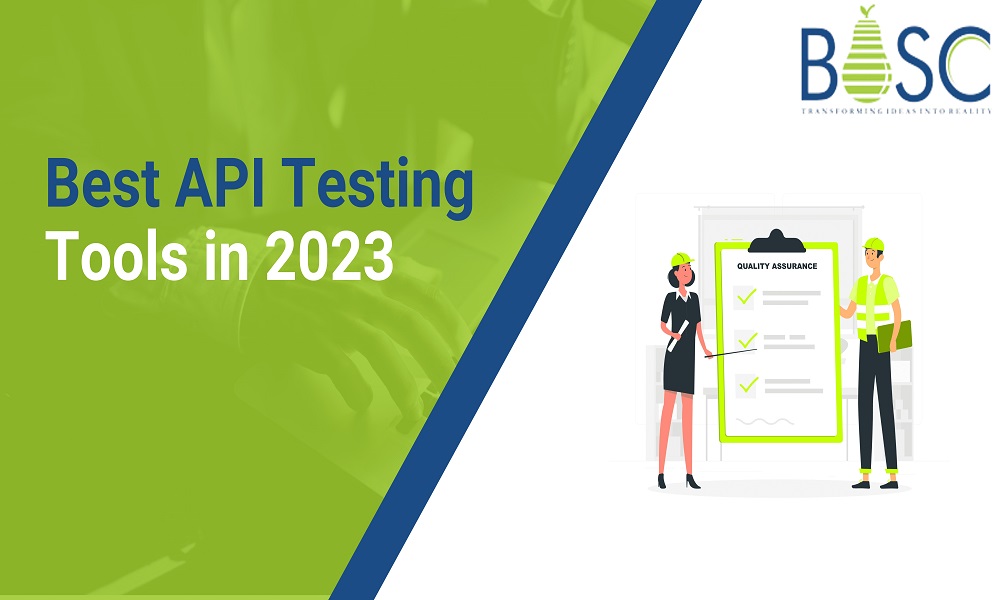 Best Tools To Use For API Testing In 2023

API testing has been indispensable in the growth of cloud applications and interconnected platforms. Various of the services we utilize regularly are based on multiple interconnected APIs so that the entire service is at the edge of the risk with only one API malfunctioning.

While creating, to make sure that APIs perform as per the expectations, the developers must do the API tests. A considerable number of testing tools for the API are available in the market, but how to find the best tools for API testing? This blog has described some of the leading API testing tools that will expedite your task and work.

API is known as the Application Programming Interface. API is the software intermediary that permits you to communicate smoothly and flexibly between the two applications.

APIs are the connecting layer between the various layers of an web and mobile application development. It will simply play the role of the messenger for the applications, devices and databases.

Additionally, APIs are used for programming graphical user interface (GUI) components. The excellent API makes it easy for programmers to put all the blocks together by offering all the building blocks.

An API layer consists of the business logic of an app where a user interacts with the services, data, and functions of the application is determined.

An API layer or service layer is in direct touch with data and the presentation layer, occupying the fixed space for constant testing for QA and development teams. Web application have three layers:

What is API testing?

APIs are considered the central part of software development, connecting and transferring data and logic across disparate systems and applications. Testing will significantly improve the efficiency of the testing strategy and deliver faster software.

API testing usually consists of creating requests to single or multiple API endpoints and will validate the response for performance, security or functional correctness. At the same time, the UI testing will concentrate on validating the view and feel of the web interface.

Why is API testing needed?

The changes in the software happen at a rapid pace, so it becomes essential to have tests that give faster feedback to the coders and testers. The primary advantage of API testing is flexibility, as it offers access to the application without any user interface.

A code-level functionality of the application will give the early evaluation that will build the strength before running any GUI tests.

How many types of AP testing tools are available there?

JMeter was built for load testing, and many developers will use it for functional API testing. It is a simple and powerful API testing tool for automated testing as the experts can do the performance testing of RESTFul services with the help of the JMeter script.

Postman is an open-source, easy-to-install API testing tool. It is the better option for exploratory-type API testing and is good enough to create more integrated solutions per the requirements.

It is the best and most powerful tool for API testing. While using Java, REST-Assured is an excellent option for API automation. Rest assured library is the tailor-made API tool for the Java domains that use the people to test and will validate the REST Services.

REST-Assured is the fluent Java library that is used to test HTTP-based RESTservices. It is created with the testing in mind and will implement the existing Java-based automation framework.

Soap UI is a free, open-source tool that is utilized for web application services.

This API testing tool is the open-source API test automation tool that scripts the calls to HTTP endpoints and will assert the JSON or XML responses as expected.

It allows the developer to monitor, manipulate and reuse the HTTP requests.

It is an open-source tool that will help to automate the integration tests for the messaging protocol and data format.

Powershell is super efficient at automating various things from a command line.

Insomnia is a free and easy-to-use tool that possesses a visually attractive interface.

Taurus is an automation-friendly framework for constant testing. However, you can use it with the JMeter.

The primary benefit of the Taurus is that developers can write their tests in YAML. One can describe the full-blown script in only ten lines of text, allowing software or app developers to represent their texts in the YAML or JSON file.

Mulesoftaka AnyPoint API manager is the platform where developers can create, design, manage and publish the APIs.

Each organization has multiple requirements, and they deploy various tools per that particular project’s need. However, all of the API tools will work well. The role of the APIs is significant if it is from the software development and business point of view. Hence, the same functionality is accessible in the API tools, but the approach for each tool is different. The best procedure is to experience complete functionality and features and try to see which is best suited for the business requirements.

At Bosc Tech Labs, we focus on delivering excellent software development services and fulfilling application maintenance. Our team will listen to the client’s needs before beginning the project.

1. What are the methods in API?

2. Which is the major challenge in API testing?

The most vital challenge in API testing is that it creates tests that do not mimic a user experience. It is easy to set up difficulties verifying independent services and endpoints and call it a day when they all pass—for example, Test inventory API, test shopping cart API, and many more.