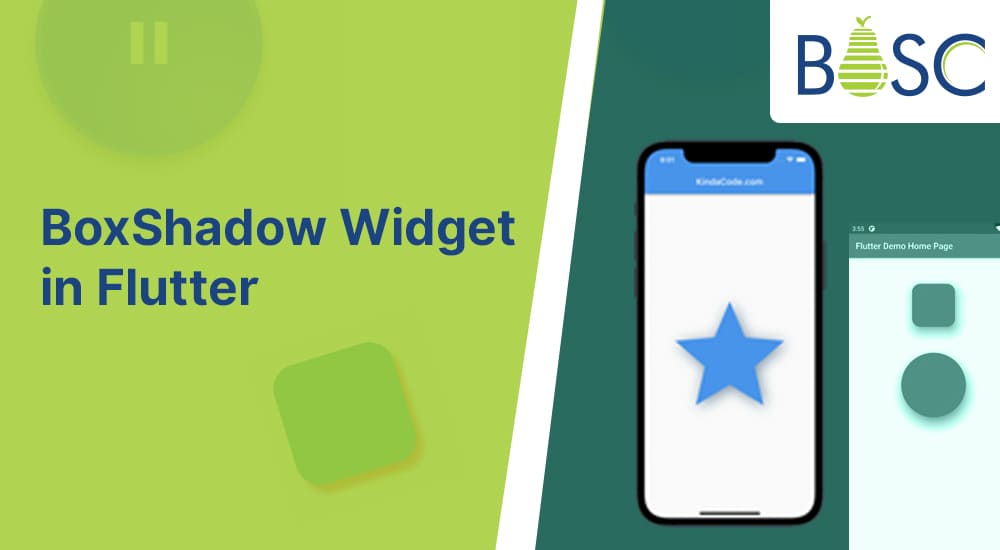 Flutter is integrated with multiple widgets, increasing its functionality, and building it into a highly responsive and interactive platform. Constant technology growth and innovations have developed the UI library of flutter, integrating multi-featured interfaces and functions for elevating user engagement and interactions.

Presently, flutter occupies the massive widget library and maintains the data chart, calendar, appearance, gauge, PDF viewer, etc. Companies recruit Flutter developers who implement these widgets in compliance with the website and application to develop smooth navigation and a beautiful interface. BoxShadow widget is one of the popular and simplified widgets which impact the appearance and function of the Flutter application massively.

Web developers widely use this widget in multiple category applications and websites. All the flutter widgets are ready to use and significantly impact the website’s functionality and application on the global platform.

Further in this article, we will discuss the implementation method and integrated feature of the Boxshadow widget of the Flutter app. Let us discuss:

BoxShadow is a built-in widget of Flutter application with a wide range of significant functions. The core function of this widget is to cast shadows into a box. The BoxShadow widget is generally used for BoxDecoration in the Flutter project.

The BoxDecoration widget has a prominent parameter to frame the list of BoxShadow while casting the shadow around a box. It projects high-end compatibility with multi-scale Flutter applications comprising different categories.

Below is the constructer coding of Boxshadow Widget mentioned:

Boxshadow Widget usually functions with basic features, and stable procedure yet integrates with multiple category Flutter applications. It is why a wide range of businesses and organizations hire Flutter experts with an additional demand of implementing Boxshadow Widget for better accessibility and performance. Below is the detailed description of significant properties of Boxshadow Widget:

1. color: The color attribute implements the Color class in the object for deciding the shadow color according to the preference of the application.

2. spreadRadius: This prominent property of the Boxshadow widget implements a dual valuation in the object for deciding the box limit to be raised before the blur application.

3. blurSigma: It handles the dual valuation of application in object form. It handled the blur-radius with sigma valuation instead of using logical pixels in flutter applications.

4. blurRadius: This attribute uses a dual value in the object format. It regulates the cloudiness of the shadow placed on the ends.
final- double blurRadius;

5. Blurstyle: It provides multiple variations in the object with distinct coding as mentioned below:

6. Offset: Offset class of an object provided to this attribute which regulates shadow to a visible extent.

Method To Implement The Boxshadow Widget:

There are multiple methods to implement Boxshadow Widget in the Flutter mobile application development. Let us have a look at some of them:

Invoked is a non-existent method, or this attribute is accessed to a wide extent.

A dynamic member invocation can attempt to call a member, which does not occur on any of the receiving objects. Classes with this method can supersede with noSuchMethod to deliver customized behavior for certain nullified dynamic invocations. A precise class with a non-default noSuchMethod invocation can also exclude applications from its member interface.
Below is the coding:

Its implementation takes place with the following code:

Using this code, it returns a novel box shadow with its spread radius, blur radius, and offset, which is further scaled through the determining factor. Below is the implementation code:

With this method, we can frame the Paint object resembling the shadow description in the flutter app. The offset and spreadRadius of the Flutter application are not characterized under the Paint object. In compliance with the structure, which is to be raised by spreadRadius pixels in each route and further converted by offset primary while filling Paint on the Flutter platform. Below is the implementation code of this method:

This method is a string interpretation of the flutter object. Certain flutter classes contain the default textual description and are frequently combined with a static parse function (like int.parse). These determined classes often deliver the textual image in the form of the string interpretation.

Several other classes attain negligible, meaningful documented descriptions that a particular program connects with the Flutter application. All similar classes usually override toString to deliver valuable data when scrutinizing the flutter objects, primarily implemented for logging or debugging. Below is the implementation code:

These are the detailed description of Boxshadow Widget with its prominent attributes and methods to implement. This article denotes the detailed coding to implement the Boxshadow Widget in each part of the flutter application. This widget represents the application interface with a novel appearance and function, eventually upgrading the application standard on the digital platform. Organizations hire flutter expertise to integrate this widget to improve the application performance on the digital platform for advanced revenue generation. Feel free to contact us for mobile app development.

1. What is the BoxShadow widget in the Flutter platform?

BoxShadow is the in-built widget whose purpose is to cast a shadow on a box. It is usually utilized with BoxDecoration. In the BoxDecoration widget, one of its parameters is boxshadow which carries a list of BoxShadow for casting a shadow around the box.

2. How does the novel box shadow work?

A box shadow CSS property will include the effects of shadow around its element’s frame. You can also set it by the multiple effects separated by commas. A box shadow is mainly described by X and Y offsets relative to the element, spread radius, color, and blur.

3. What are the logical pixels in the Flutter app?