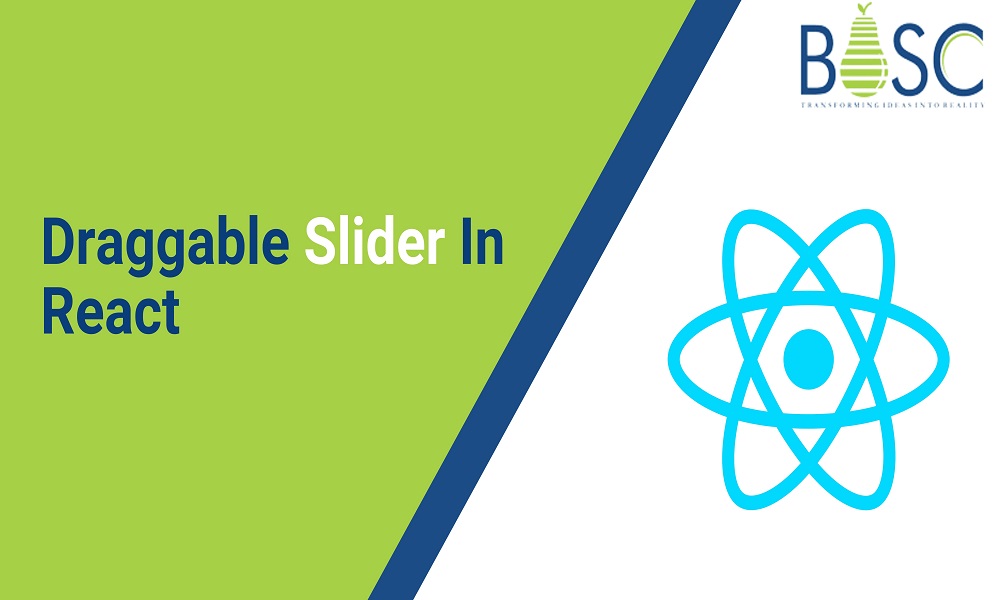 Often you will see there are multiple images on the website. But to see some of them, you need to drag them horizontally. Instagram is one of the prime examples because when you need to see other photos from the same post, you have to drag the screen back and forth in a horizontal direction. This is what we call a draggable slider.

It is important for UI design, which is why most developers working on website UI design and development projects suggest using this specific element. But building such a slider in React is not so easy. There are many things to be considered without which you won’t be able to combine unless and until you have complete knowledge about creating a draggable slider with the help of React.

In this article, we have explained how you can easily include the draggable slider for the website using React programming that makes development faster.

Before learning the technical side of the draggable slider, don’t you think knowing the reasons for including this particular component in the website will be much better?

Yes, it will be! That’s why we have discussed some reasons to choose draggable sliders as the image display tabs over other technologies.

1. First and foremost, you won’t have to worry about allocating more space for putting up the images on the webpage with the draggable slider. So, your webpage length will reduce significantly, and the hassle of balancing the negative and positive pages will also reduce significantly.

2. Another thing about these draggable sliders is that they allow you to create a continuous story. For instance, when you want to add images with text based on the same concept, you can easily do so with the sliders instead of creating multiple sections.

4. If you want to develop a single-page application, the draggable slider will significantly help. Not only can you add similar images and content on the same site but you will be able to shorten the code complexity.

5. With the help of the draggable sliders, you can increase the website’s performance and optimize the load time. Therefore, it will rank higher in SEO, which is undoubtedly the best part of this component.

How can React help with creating the draggable slider?

Usually, in normal conditions, you have to write the codes from scratch. Not only is it complicated, but also time-consuming. Therefore, you must use React since it has a built-in package. The base code is already included in the package. Once you import it into the program, it will become much easier to build the draggable slider without further complications.

The react draggable slider package will help you begin coding for the slider without hassle. However, the latest version of React platform doesn’t support this package. Even if you try to add it, you will get a versioning error, and the implementation won’t be done properly. Therefore, what you need to do is downgrade the react version. Along with this, you need to downgrade the version of the react-dom, which is one of the most important components. The last compatible react and react-dom version with react draggable slider package is v16.

To do so, navigate to the JSON file named package.json. Once done, you can change the versions from v18 to v16. After this, you need to run the npm_install package at the terminal to replace the version in the node_modules automatically with the v16.

Type the command as npm i react-draggable-slider

Once you press enter, there won’t be any versioning or importing error shown in the console. Once the execution is completed successfully, you need to run the react website or app using either of the two commands: npm start or yarn start.

How to create the slider for the software?

Now, coming to the main part, ie. building the slider. For this, open the App.js file; you need to delete the jsx element, which is also the header. Instead, you must incorporate the slider element using the react draggable slider package. Passing an object named as sliderSettings into the Slider component is important as it will behave as a prop in React framework.

Once done with this, create an object array named projectList. Since the slider almost behaves as an array and you can change the number of slides to be incorporated, creating an array of objects with more cells will be better. This way, the code can be scaled at any time. Each cell starting from index 0 will store the slider image and text to be displayed. Therefore, the data from the nth slide will be stored in the (n-1) cell of projectList.

You can include the images already downloaded and incorporated in the codes of the application or software. Apart from this, you can add a title and description in each block describing the cell of the object array.

Defining different settings to be included in the slider

To configure the draggable slider, you need to pass certain datasets, which are as follows:

This property will contain the projectList array you defined earlier. However, in the default mode, it will have an empty array or [].

With this property, you can control the animated motion of each slider when one is changed to another after a drag. You can choose from four values: expo, power, elastic, and back.

This property will accept an integer value and will determine the speed at which the next slider will appear once the screen is dragged.

Accepting both RGB and HEX values, this property accepts a string value to set the background color of all sliders.

This is a Boolean prop. If you set its value to true, a button will be shown for sliding the images.

In this article, we have walked you through the concept of the draggable slider, the react draggable slider package, and the steps to be followed to create the slider. Now, you can change the property values according to the configuration you want for the sliders.
If you want to develop a React-based project for your business, then feel free to contact Bosc Tech Labs and hire React developers in the UK who have expertise in the React framework!

1. What is the draggable component?

A draggable element will wrap up an existing element and extend it with the latest event handlers and styles, as it did not create the wrapper element in the DOM. The draggable items are moved by utilizing CSS Transforms. It permits the items to be dragged regardless of their positioning.

2. How do you show something draggable in React?

3. How do you drag the component?

To enable dragging on the component, we require two things. First, we must set a draggable attribute on the element, and second, handle the onDragStart event. In this event, call event. Data-transfer.