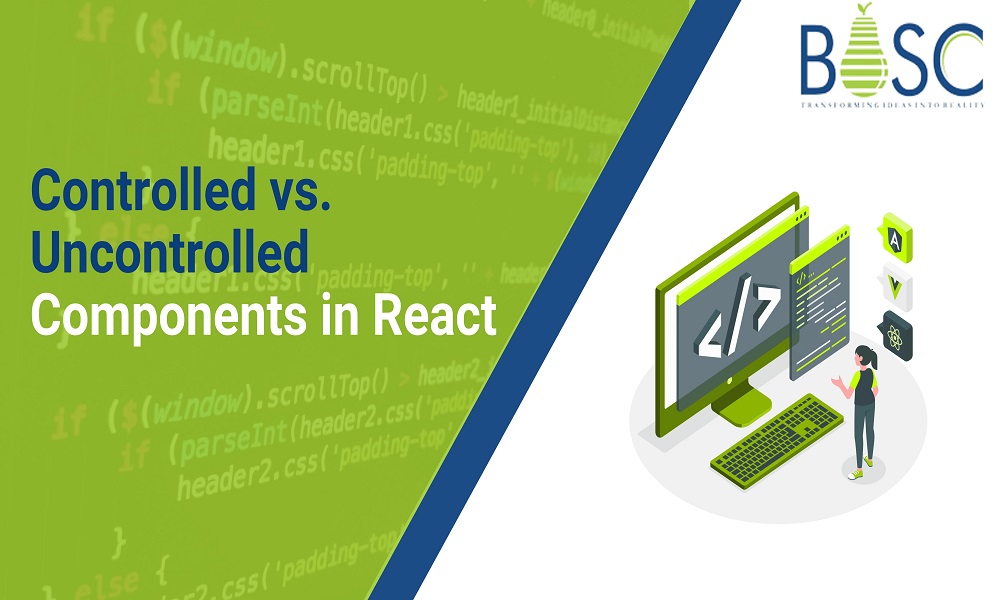 Components in ReactJS: Controlled vs. Uncontrolled

We’ll describe the distinction between controlled and uncontrolled components in React in this tutorial. We’ll also provide real-world examples to show how each function works.

HTML form components like <textarea/>, <select/> nd others frequently maintain their initial state and change it in response to user input. To make React apps interactive, state is used in every React component libraries. A component’s state changes over time as a result of user interactions with the programme after being initialized with a value.

Depending on your option, input values in React forms can be either uncontrolled or controlled. We will go over both methods of processing forms in React so you can understand the differences.

What is Controlled Inputs?

Every character entered and even a backspace would count as a modification in a field with controlled inputs because adjustments and revisions are always being made.

Given that input fields don’t keep track of their internal state, the current value will be a props in React of the class component. The changes (in value) occuring in the input field must also be handled by a callback method (such onChange, onClick, etc.), making them manageable.

What is Uncontrolled Input?

There are no state updates or changes. It keeps track of its own internal state, so it essentially remembers what you entered in the field.
The ref keyword can be used to pull that value anytime it is required, allowing for its exploitation. Your input determines the output in uncontrolled inputs.

When the input values are not under control, there is no updating or alteration of statuses. Uncontrolled components maintain a record of their internal state, so they can recall the data you placed into a field.
By using the ref keyword to obtain that value anytime it is required, it can be changed. With uncontrolled inputs, the value you provide is the value you receive.

You should now have a better knowledge of the distinction between controlled and uncontrolled components in the React framework. I hope you like this article.

If you are searching for the best mobile app development company who have the React development team who assists you in your next React project. Consult our React Experts!

1. Why do we utilize the controlled components in React?

In React, controlled components are those in which the forms data is handled by a component’s state. It will take the current value via props and will modify it via the callback methods. The parent component will manage its own state and pass the new values as props to the controlled component.

2. Why to use refs in React development?

Refs is the function which is given by React to access the DOM element and React element which you have created on your own. As they are used in cases where we wish to change the value of the child component, without utilizing props and all that.

3. Which are the three elements needed in the control system?

The basic elements which are needed in the control system are: error detector, controller, and output element.