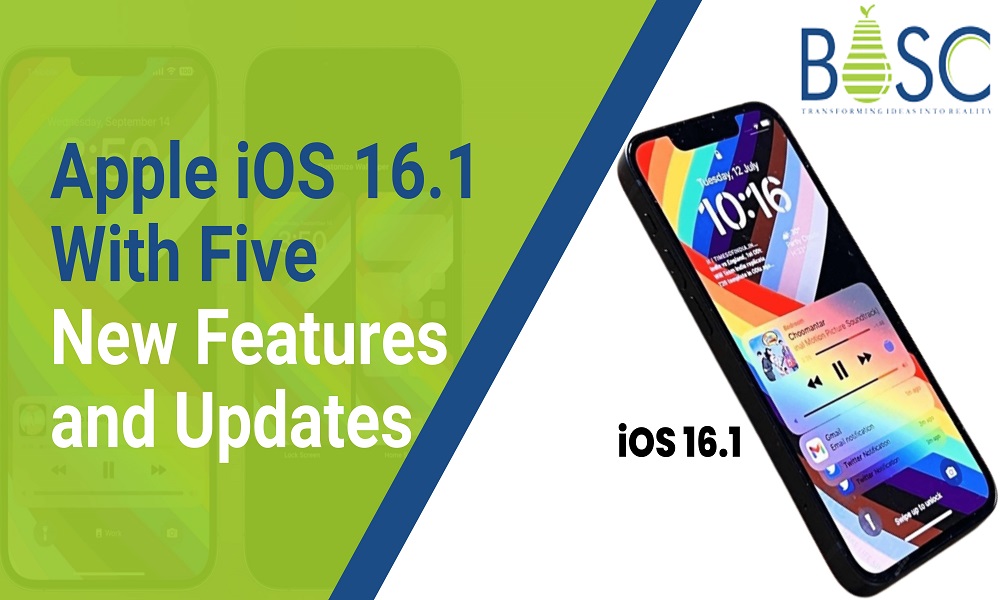 Within a few weeks, Apple will release iOS for all the compatible iPhones by marking the First primary update to the iOS 16 Operating system. It has several changes and features and fixes the bugs for iPhone users. In this article, we have described a new version’s features. Whereas iOS 16.1 is still in beta testing among the developers and public beta testers.

There is no doubt that Apple dominates the market when it comes to smartphones. This brand is necessary because more than 1,50,000 people are working for it. It is no surprise that people across the globe make and use Apple products and will get a lot out of them. You can find at least one product in every house in America, whether it is an apple watch or the latest iPhone.

Which are the Five Features in iOS 16.1?

Apple’s iOS 16.1 is the latest update in its operating system, and the public beta for the same has begun to roll out. If your iPhone is on the best version of iOS 16, the new update will appear in the software update section. Apple intends to develop new features with an additional update to the iOS, and it also holds a similar one for iOS 16.1. However, the list of trending features is limited, but it has come up with some vital changes. Let’s take a quick look.

A noticeable essential change on OS 16 is its new battery icon which will finally display a percentage. It was already great, but iOS 16.1 has enhanced it by making the text more extensive and readable. Some iPhone models, such as the iPhone XR, 12 minis, and 13 minis, were out of battery because they had a tiny display. But, iOS 16.1 update now enables support for those models also, which means that all the iPhones are running with the new version OS that is 16 and can take advantage.

Clean energy charging is selectively charged when the lower carbon emissions electricity is available to reduce your carbon footprint. It will not affect how to use your phone, as Apple says that your iPhone “learns from your daily charging routine so that it will reach upto the Full charge before you require to utilize it. This feature is accessible from Settings > Battery > Battery Health and Charging > Clean Energy Charging.

Live activities will view the real-time information from the applications in the dynamic notification, coming with the new version 16.1. This feature was previously available for the developer but not for the public version. For example, cab booking app Uber is using live activities notifications that will show an estimated arrival time for its cabs, and the sports apps will display the game scores in real time.

Apple’s home workout program Fitness + needed an Apple Watch to work before iOS 16.1, but now that condition has been gone. You can now follow your workout session from the iPhone, although you have missed the health and fitness metrics that need the watch to be measured.

If for some reason, you feel that a Volume Swipe gesture on your Airpods Pro 2 is annoying, then you might keep messing up the volume levels by accident, and this new addition Feature is welcomed by public beta users. iOS 16.1 adds the recent switch to an Airpods Pro 2 settings by utilizing; you can disable the particular gesture. Please turn it off, and swiping will no longer do anything.

What is iOS app development?

iOS application development is the procedure that makes a mobile app for Apple Hardware, which includes the iPhone, iPad, Apple TV, Mac and iPod Touch.
However, this development software is written in Swift programming language and then deployed on the Apple store for the users to download. For example, programmers require the Mac, but the Mac is expensive compared to the Windows OS. Additionally, after completing your app development, you will get the best quality review process before it is distributed via an app store. Whereas iOS app developers are in high demand in the US, there is constant growth. 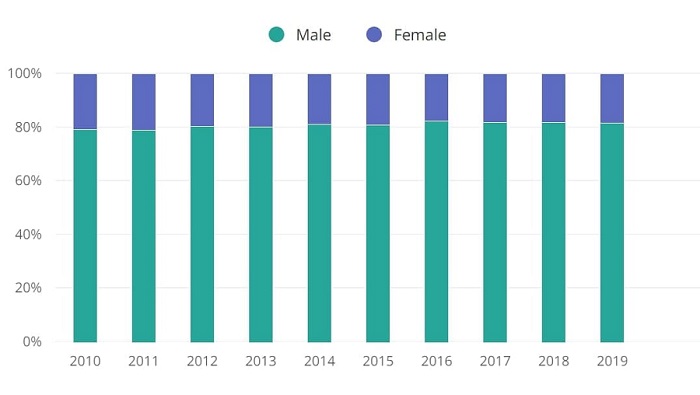 Bosc Tech Labs has experience and capabilities, and it drives you from planning to design to execution, rollout and its ongoing success in iPhone app development. You can also view our portfolio of how we make the enterprise mobile app that can stay in this competitive market. Contact us today to learn how we differ from the other iPhone app development company and how we can help to build your success.

1. How to develop an iPhone app?

Step 1: Generate the idea: If you are working on having an excellent idea for your app, then we have the good techniques which will aid you in coming up with your next hit app idea.
Step 2: Do competitive market research: Now, we must figure out if other apps may solve the issue that your app issues. Do not be afraid if you see that other apps in the app store have already gone through the same problem that your app ideas. It is good because it tells you your idea is viable.
Step 3: Write the features for your app: Take your app idea and imagine the perfect version of your app. You can also think about the monetization of apps.
Step 4: Create and design mockups of your app: Start to think about how to develop an app that is intuitive and easy to use.
Step 5: Build the app’s graphic design: Brings your app visually by designing exactly how your app will look like.
Step 6: Put together an app marketing plan: There are millions of apps on the app store; make sure your app gets seen; you must have a plan to market to a targeted audience.
Step 7: Develop an app with one of these options: An app design and documents you created earlier; now it’s the time to implement them.
Step 8: Submit an app to the app store: You are ready to launch your iPhone app into the app store so that millions of people can download it.
Step 9: Market your application for maximum exposure: To execute the marketing plan, use high-impact app marketing strategies.
Step 10: Improve the app with a user’s feedback: Once an app is in the hands of real users, you will get positive or negative feedback.

2. What is the cost of iPhone app development?

3. What is the cost if you want to put an app on the Apple store?

You must register as an Apple developer if you wish to create an iOS app and publish it on the App store. It will charge around $99 and is renewed every year.