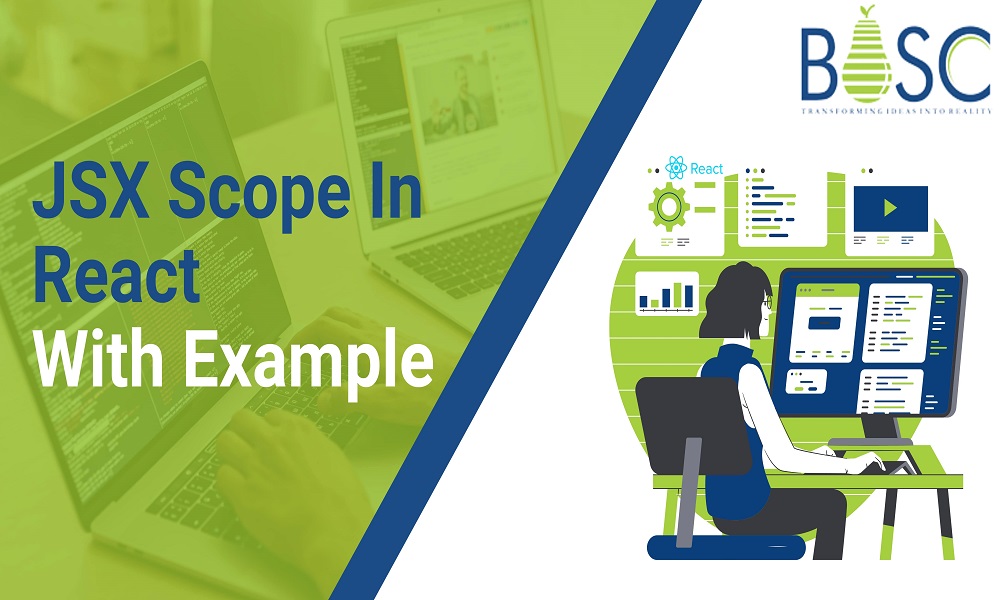 How to Fix React Must Be in Scope When Using JSX?

Do you have any idea of fixing such errors? Or you didn’t give importance to such errors? Have you used versions 17+ of react dispense and still getting the same error? Then this guide can help you gather better ideas. Check further and collect the complete idea of everything.

Why are you getting this error?

Before understanding the error, you must know the working of JSX syntax. To get the quick answer, you can check out the process of analysing the react component.

It directly comes from the react official documentation.
When react get this component, it will transform basically into this:

The JSX is the syntactic sugar useful for the createElement function. The above mentioned code can be called while creating the component. But in the context of the file, we never imported the React. So what will happen further?

React must be in scope when using JSX

When you don’t import it at the top of the file, then the React.createElement may crash, as React can be undefined.

How to fix the error?

You have to import react around the file for the script to properly resolve the createElement function. Here you can explore multiple choices:

Finally it’s up to your choice, there is no immediate downfall using one or other.

React version 17 and beyond:

Now you can get free from doing such imports as of react v.17.0. You can hire react team from Bosc Tech Labs to get more ideas about such processes effectively.

When you want a quick explanation, they have added certain essential code for compilers to plug in. Then they have started adding the imports themselves to compile the JSX. It is really a hectic process.But still you may get such errors.

But it is not from the react! As already said, projects are using the linting tool like Eslint for React projects most of the time and certain specific rules can be created for React. It can force you to import React when it detects any JSX around the file.

When you are using React v.17.0 and beyond, you can disable the rules freely.

The syntax for using the react statements should need to place the react keyword in the code followed by the usage of the parenthesis. It represents the single items in the collection of the various statements.

React statements in the scope:

For using react, the conditions in the brackets are needed to follow the below statements, and the executed statements are placed in between open and closed parenthesis.

The react must begin with the ‘while’ keyword, followed by the use of the parenthesis and the condition for the react to be continued.

With the use of the react statements, the conditions can get either typically decremented or increment based on counting the JSX statements needed to be executed.

For example, you can use either ‘+” or the “-“ symbols to increment the count more effectively until the react ends.

The react is the most effective choice if you want to store a similar collection of the elements in the statements. Still, there is no need to use any separated variable to execute the react statements.

Only the same type of data is accessed with the react elements, and they are getting initialised with the brackets with the variable types and the variable name. For example, it can be displayed between the programming codes. The react members start from 0 and are less than one number in the count.

From the above mentioned scenario, now you have got the idea about how to fix react must be in scope when using JSX error. You can get the help of react developers team to fix everything as quickly as possible. Finally got an answers for all your questions.

JSX is the JavaScript XML, allowing writing an HTML in react. Due to this, it is easy to write and add the HTML in React.

2. Is it possible to utilize JSX without React?

JSX is not a need for using React. Making React without JSX is much more convenient when you are not required to set up the compilation in your build environment. Every JSX element is only the syntactic sugar to call React.

Keep the JSX files in the Presets > Scripts folder.