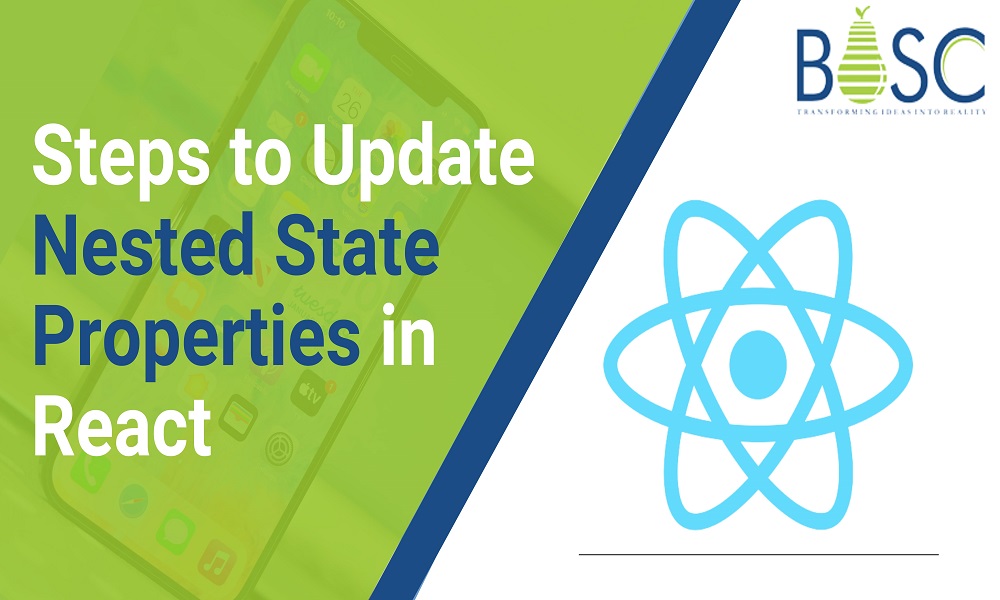 How To Update Nested State Properties In React?

React development is one of the standard attractions for app and web development procedures because of its advanced and futuristic scopes. The react attributes and characteristics evolve consistently with novel spectra to generate an improved development framework and architectural interface. Modern business infrastructure progresses the digital presence for high-end consumer attention and worldwide recognition.

Therefore, web and app development with robust backend support and an interactive and intuitive interface is essential. Application and website development organizations hire reactjs programmers to build engaging and superior website development. According to recent statistics, 68.9 percent of highest-paid developers handle their website and app projects with ultimate React solutions.

Further in this article, we will discuss the process of updating nested state properties in React by which developers quickly develop futuristics and interactive web applications. Let us discuss.

React is an advanced JavaScript-based UI development library that is highly implemented for website and application development. The open-source developer community and Facebook run it worldwide with a progressive approach.

ReactJs was introduced in May 2013 and has become an integral part of advanced frontend libraries used for website and application development. It has numerous states, props, and extensions, providing extensive architectural assistance to applications like React Native and Flux and apart from UI.

The State is a React object built-in React object which comprises specific data and information regarding the component. The React component’s State varies with time and re-renders when it varies through its previous states.

This variation occurs as a reaction to certain user activity for some system-produced actions. Such changes in State determine the component behavior with its rendering process. Below is the coding:

To edit the nested state properties in React JS, duplicate the State using the Lodash library to store the useState or setState for the hook function with integrated mandatory variations. There are two basic methods for updating the nested state attributes in ReactJS:

Primarily there is a requirement to create the React application with the following code:

This code is the primary command to develop the React application.
cd filename
It is the command to move the created application for updating the nested State.

The primary method relates to creating the dummy element in performing specific procedures on it. This update is arranged with our required properties and replacement in the component’s State and determines the React application with the updated element. Below is the coding:

After click on update City button, City value will change

In the second method, old, nested objects can be passed by use of the spread operator and then overriding the specific attributes in the nested object of React. Let us understand more with the detailed coding representation:

These are the core details for updating the nested state properties of React applications. The React state is modified according to the network variation and user activity. Each time there is a specific change in the React state of an object, the component is re-rendered within the browser. In addition, the React state object initializes with the constructor and can store several properties. this.setState() is effectively used for changing the complete valuation of the react state element. The setState() function functions with the surface level combination in the previous and the novel React State.

1. What is the useState() class in React app development?

useState is a hook that permits to have the state variables in the functional components. You can pass the initial state to this function, which will return the variable with its new state and the other process to update this value.

Lodash is the JavaScript utility library that provides several functions for manipulating arrays, strings, objects and numbers. The main benefit is that it is written in JavaScript and can be used in any React application. It is a simple process to use.

3. What is the use of a spread operator in the React framework?

The spread operator helps you to expand the iterable similar to an object, string or array into its elements. In contrast, the Rest operator reduces a set of stuff into a single array.