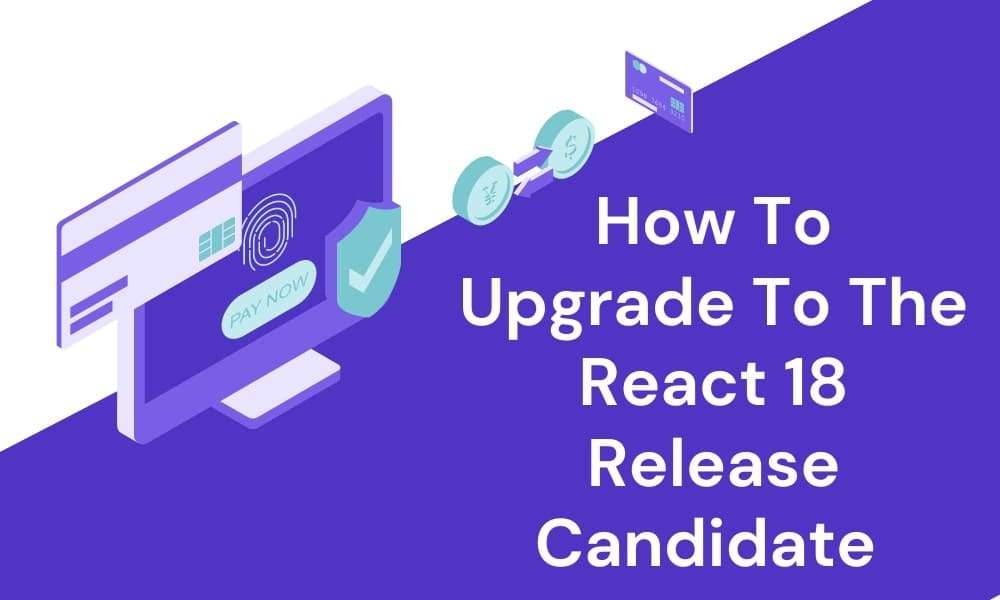 How To Upgrade The React 18 Release Candidate: A Step-By-Step Process

Keeping feature-rich tools, libraries, and components is necessary for front end development. Business owners will take a business to a new height. Plenty of webs and mobile app development framework is available today.

React 18 release candidate is a new feature in the library. It is a perfect way to grab all the exciting stuff for app development. A unique feature is suitable for design principles.

Strong UI focus attracts designs oriented developers and teams. Designers and UI or UX professionals work actively with an improved library. Professionals help you to know how to upgrade to a new feature.

It is an essential step for developers when upgrading to a new feature. If you want to install the latest react 18 RC, you can use the

On the other hand, you may also use yarn:

You will discover a warning in the console while installing react 18 for the first time. ReactDOM.render never longer supports in react 18. App will perform and run react 17 until moving to the new API.

The new feature comes with a new root API with stunning ergonomics for keeping roots. The new root API is responsible for the new concurrent renderer and lets you use the concurrent feature.

Suspense provides a designated fallback for UI elements, and it is a suitable approach for developers to write code and fill the gap between prototypes and functioning apps.

Server rendering is a crucial method to render the HTML output of a react component and send it to a client. Server rendering API maintains suspense on the server and streams SSR.

To stream in the node environment, you can use the renderToPipeableStream.

It is a good solution for the modern edge runtime environments and allows developers to use deno and Cloudflare workers for renderToReadableStream. On the other hand, RenderToString and renderToStaticMarkup are APIs that perform continuously and provide limited support for suspense.

Automatic batching is a new upgrade in the react release candidate, and it performs more batching by default due to performance improvement. Batching occurs while reacting groups the different state updates into a single render for good functionality.

Before the new feature, developers batched updates within the react event handler. However, setTimeout, native event handler, updates inside of premises, and others never batch by default.

Batching features make a code effective and avoid unwanted re-rendering. You can use a specific use case while re-render occurs.

React 18 release candidate helps developers work with library maintainers to make a new API. It is best to support concurrent rendering for use cases relevant to use cases in different areas, such as external stores, accessibility, and styles. Libraries may move to APIs for supporting the react 18.

It delivers a unique ID for the server and client and prevents hydration mismatches. It overcomes the problem that exists in React 17. It is an essential API in the react 18 release candidate to stream, server render and bring HTML out of order.

It lets CSS in JS libraries deal with a performance problem and inject style into a render. If you create CSS in JS, you can never expect to utilize this.

It will perform after the DOM mutates and before layout effects access the new layout. It plays a vital role in react 18, and react gives way to the browser when concurrent rendering. Developers have a great chance to recalculate the layout.

New API helps the external store support concurrent reads and force updates to the store. It is a highly demanding API for the library to integrate with the external state to react.

A new feature enables reacting to, add and eliminate a section of UI when protecting the state. The library can unmount and remount trees with the help of the same component state.

The ideal feature allows for better performance out of the box. It needs some components to be resilient to effects that mount and destroy at different times. Effects will perform with no change, and some effects imagine they mount or destroy once.

React 18 comes with new development like strict mode. The new one unmounts and remounts automatically every component. If the element mounts for the first time, the feature restores the previous state on the second mount.

A strict mode is better to stimulate a component in the development mode. It is easy to mount components and create layout effects. So, you can understand the latest development in the react and upgrade to the newest version. Developers gain complete advantage of using new features and integrate them to make wonderful application.

ReactJS is an essential framework for app development in future. Accessing the best reactjs development is the best idea to develop a user-friendly app. It is the best UI framework and helps developers build complex UI structures. So, you can get in touch with an expert and pick up an ideal solution.

Want to hire a reactjs developers? Hire an expert react developer team from Bosc Tech and get your all development solution.