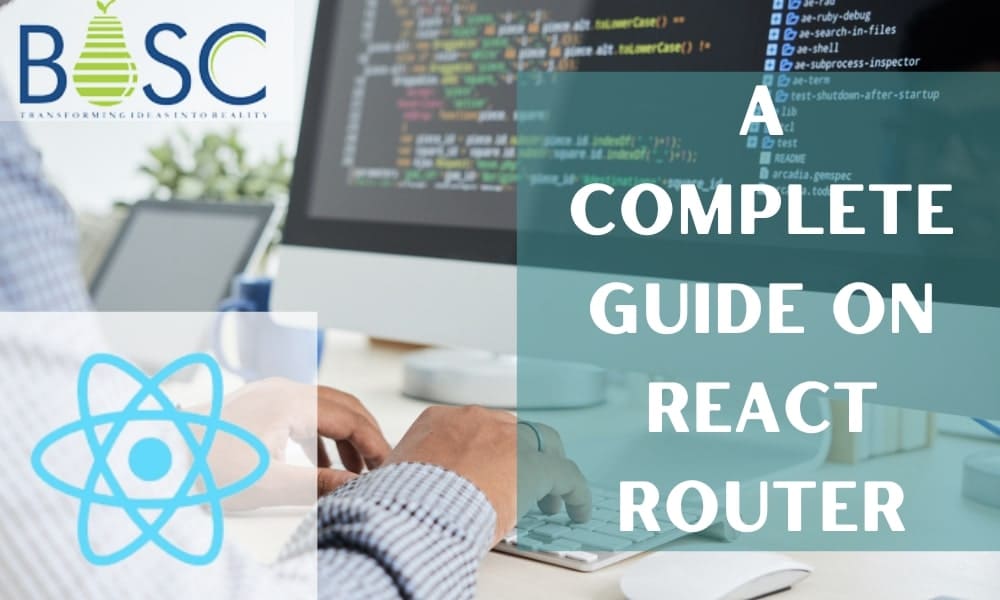 One of React’s coolest features is undoubtedly the React router. It is a well-known library, so it is required of everyone learning React to be familiar with how to use it. Users must be able to read different pages on a website without difficulty or move between them when using it. The library that makes this possible is React Router.

React builds single-page applications, and the React router is crucial for displaying many views without requiring the browser to reload.

It is important to note that without React Router, it is nearly impossible to display many views in React single-page applications.

The method of routing involves sending users to various websites in response to their requests or actions. The major application for React Js Router is the creation of single page web applications. Multiple routes are defined in the application using the React Router. A user will be sent to a specific route when they enter a particular URL into their browser and that URL path matches any of the “routes” in the router file.

What is React Router DOM

You may incorporate dynamic routing in a web application development with the help of the npm package React Router DOM. You can do this to show pages and let users traverse them. It is a client- and server-side routing library for React that is completely functional. React Router Dom is used to create single-page apps, or programmes that have numerous pages or components but never refresh the page because the content is always fetched dynamically from the URL. With the aid of React Router Dom, this procedure, referred to as routing, is made possible.

How to Install a React Router?

Three different routing packages are included in the React router.

React Router’s main functionality, including the route matching algorithm, most basic components, and react hooks, are mostly contained in the react-router package.

Native mobile application development is the focus of react-router.

It is intended for web applications and is called react-router-dom.

If you are using npm as your package manager, you can execute the following command from the root of your project to install a react router.

This will install the most recent version of React Router V6, which is listed as a dependent in the package.json file. Installing a particular version requires appending the version to the end of
[email protected]

You can execute the following command in its place if you are using yarn:
yarn add react-router-dom

To keep your UI in sync with the URL, BrowserRouter is a router implementation that makes use of the HTML5 history API (pushstate, replacestate, and popstate events). It is the parent component that all other components are stored in.

There isn’t much to BrowserRouter, all you need to do is wrap your app inside the BrowserRouter component if you’re using React Router on the web.

You may use Route to connect various React components to the location of your app. Say, for illustration, that we desire to render a home component each time a user navigates to the /Home URL. To achieve this, we would create a Route that appeared as seen below.

In order to render that branch of the UI, “Routes” searches through all of its offspring “Route” elements for the best match. To indicate a nested UI, which also corresponds to nested URL pathways, elements may be nested. By rendering an , parent routes render their child routes.

Link components are used to implement navigation within the application by linking to various routes. Links accept the to prop, which denotes the location to which we want the link to direct our user.

The parent Route can serve as a wrapper and manage how a child Route is rendered thanks to nested routes.

React Router is a potent library that works in conjunction with React to help you create better, declarative routes. In contrast to earlier iterations of React Router, everything is now “simple components” in version 5. Additionally, the new design pattern seamlessly integrates into the React method of operating.

If you have any query and want to clear it, then you can connect our react experts at www.bosctechlabs.com, they will assist you in every project detail manner.

1. What is a single-page application?

A single page application (SPA) is a web page that is dynamically linked with the web browser by editing the current web page with data derived from the web server. Hence, the webpage is not reloaded during the runtime; besides, it works within the browser.

2. What is the wrapper component in React?

The wrapper is the object which is utilized to maximize code reuse and consistency. It will design and support the primary UI elements dependent on the data – or prop values – given. These wrapper classes usually consist of an instance of the other class or component and offer a new method to use the object.

3. How do multiple routes help an application use the React framework?

In React development, routers aid in the design and navigation between the various URLs that will create your web application. It authorizes the user to move between the application components while saving the user state and can provide the specific URLs for these components to make them more shareable.