Developers looking to create amazing user interfaces with different user components prefer React, which is one of the top-rated, free, and open-source front-end Javascript library. The virtual DOM is the primary concept of React. It is maintained by a group of companies/ individuals, which helps keep it updated according to the current project needs. Hence, many businesses prefer to hire React experts based on its expertise and skills. React has launched React v16.4.0, which is a minor version released in 2018. Let us know all about the pointer events in this version.

It came as a new version and was released on 23rd May 2018 and came as a popular event for developers. It has fixed different types of bugs in the previous version. One of the notable features of React v16.4.0 is that it supports pointer events. It was one of the requested features in all versions of React. Let us know all about these pointer events and some basic details of the React v16.4.0.

It is easy for the developers to install React v16.4.0 as it is available on the npm registry. The quick steps to install this version are:

What is React Changelog?

Let us go through the key React changelogs.

The GetDerivedStateFromProps will return null, which denotes no change in state, if props change and the state follows suit. Props in the aforementioned example have a property named name, but the state has a different value for that property. Consequently, the state will alter in line with the property’s value. 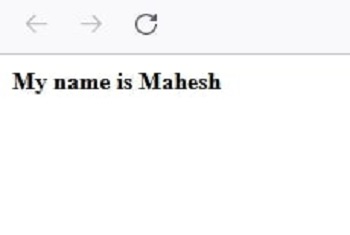 What is Bug fix for “getDerivedStateFromProps”?

The “getDerivedStateFromProps” is called when the component is rendered irrespective of the update’s cause. This brought an oversight in the previous update where the component was re-rendered by its parent and couldn’t get fired due to the local “setState” result. Hence, the improved behavior ensures that it is compatible with React’s upcoming asynchronous rendering modes in the future. This bug may cause minor issues with certain components but gets fixed with the majority of the applications. The two main cases when this bug causes issues are: 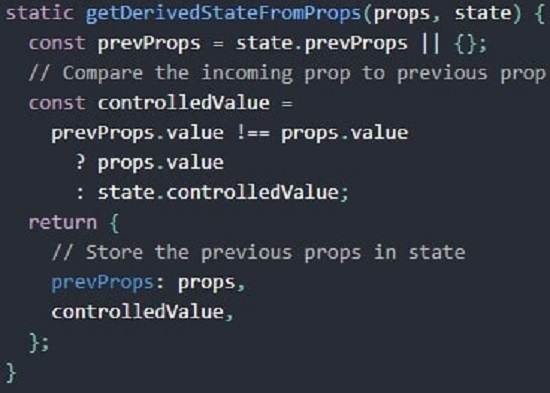 What is Avoiding side effects in“getDerivedStateFromProps”?

Which are points to remember while using Pointer events in React v16.4.0?

If you want to create your next React-based project for your business then hire the best mobile app development company like Bosc Tech Labs who is ready and happy to help you!

1. What is the default pointer event?

Default pointer events on an element correspond to CSS pointer-events property. It will control whether or not an element will “pass through” clicks to the elements underneath. For example, canvas images can sit over the button element.

2. How will pointer events work?

Pointer events are DOM events that are fired for pointing the device. They are designed to make a single DOM event model for handling the pointing input devices like the mouse, pen or touch. Hence, the pointer is the hardware-agnostic device targeting the specific screen coordinates set.

3. Do pointers take the least memory?

A pointer is saved in the bytes as it is needed to hold an address on the computer. It often makes the pointer much smaller than the things they point to by taking the benefit of this small size while storing the data and passing the parameters to functions.

Lazy loading is one of the most common design patterns used in web and mobile app development. It is used along with frameworks Angular and React to increase an app’s performance by reducing an initial loading time. Therefore, lazy loading was integrated using third-party libraries.