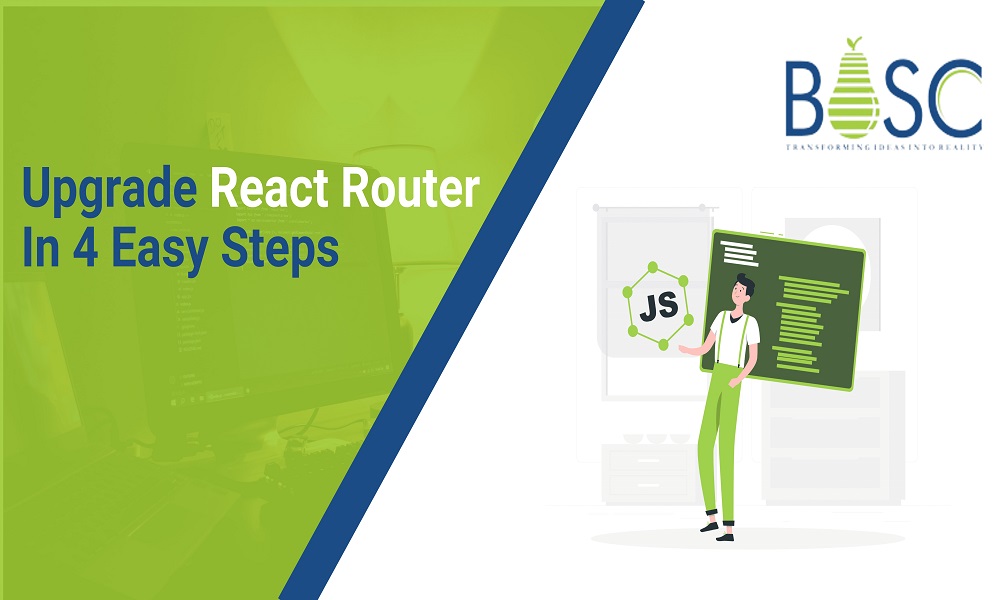 How to update React Router in 4 easy steps?

You can, of course, look at reactrouter.com’s official website and the documentation there.

In particular, there is an upgrading guide there that includes specific upgrading instructions as well as information on what’s new and changed.
This is a lengthy document, so if you want all the details, you should definitely also dive into it.

However, version 6 is far superior to version 5 despite the fact that it is quite easy to upgrade and that not much has changed in the actual code that we create. As a result, if you can, you should definitely think about doing so.

The greatest difference between React Router 3 and React Router 4 is that it allows you to radically alter how your Router functions rather than simply updating a few packages and functionalities. React developers intended to return to a straightforward Router that programmers could modify whatever they wished.

This guide is divided into 5 sections as follows:

We were able to consolidate all of our application routes into a single file, which we’ll call router.js, thanks to React Router v3. React Router v4 does, however, let you insert Routes within the components that they’re rendering. The goal is to dynamically route the application, which means that the routing happens while the application is being rendered.

You probably won’t be making a change that significant if the legacy code base you’re working with is sizable.

React Router v4 still permits you to consolidate all of the routes into a single file, which is how I’ll build all of our examples. However, there are a few outdated parts and elements that require replacement.

What is Index Route?

Some default UI of a parent Route utilized IndexRoute as its route. However, since Route now has this feature, IndexRoute is no longer necessary in version 4.

Multiple Routes with the same route will allow all connected components to render for default UI:

What is Exclusive Routing?

When the router detects a path with the prefix “/about,” it will direct traffic to “something.com/SignIn” after adding the precise keyword. But what if you have the “/SignIn/team” path instead? The router will display anything that matches, as I have said. As a result, both the “/SignIn” and “/SignIn/team” components will be rendered.

That’s excellent if that’s what you had in mind! If this isn’t what you want, you might have to surround this collection of Routes with a Switch. This will enable the rendering of the first path that matches the URL.

Routing relies heavily on history because it helps us remember our past and present locations. React-history router’s can take many different shapes, thus explaining them all would take some time.

So, in order to keep this essay on topic, I’ll just suggest that you read this article that discusses the background of react router 4. The majority of your uses of history should be covered by this article.

We discovered that in our situation, connecting redux architecture to our router didn’t require the use of a separate library, especially since our primary use case for this — Blocked Updates — was already addressed by react router.

What is Blocked Updates?

The app occasionally fails to update when the location changes. It is known as a “Blocked Update.” If both of these conditions are true, then something may occur:

Through connect(), the component is associated with Redux (Component).
A Route does not render the component.
With these situations, the component’s connect method was wrapped in withRouter.

As a result, the app continues to update as the Redux state changes. This allowed the router information to follow the component when it is linked to.

The props in React supplied through the router and the manner they are accessible have changed in React Router version 4. Three markers are currently passed by the route:

I won’t list them all because history also has a lot of additional
attributes and methods, but here are a few that might be most frequently used:
Length: amount of history stack entries.
goBack(): permits you to advance the pointer by 1 entry in the history stack.

Params: obtains the dynamic portions of the path from the URL, for instance if the path is “/Signin/:id”, accessing this in the component. Using props.match.params, you can obtain the id from the URL.

As you have seen, a React router is a powerful and robust library used to create declarative routes. However, a new design pattern will perfectly fit into the previous react version and give an excellent user experience.

At Bosc Tech Labs, we have an experienced React developers team who will help you to understand how to upgrade the react-router in easy and short steps. Feel Free to contact us for your subsequent react app development.

1. What are the React Router types?

Based on the part of the URL, the router will use the track content that a user is trying to view. React router offers three various types of routers, and they are Memory, Browser and Hash routers.

2. Why did we utilize a useHistory in React?

3. How can I force React to update?

In the system event or user can call the method this.forceUpdate(), which will cause the render()to be called on the component by skipping a shouldComponentUpdate() and hence, it forces the React to re-evaluate Virtual DOM and DOM state.