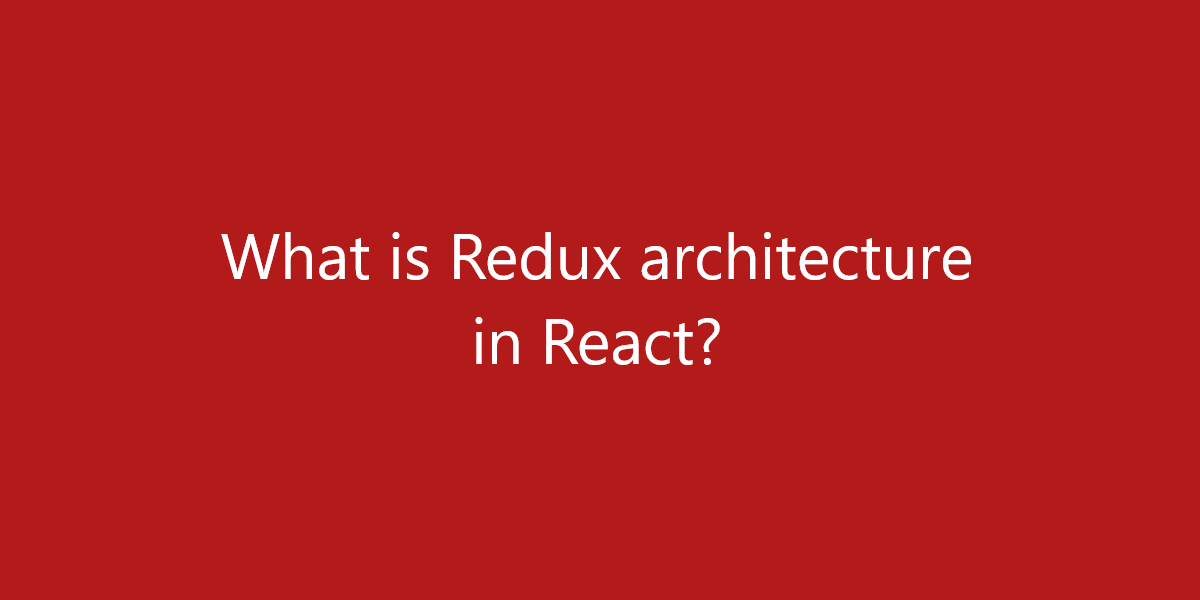 What is Redux architecture in React?

Redux is a predictable state container for JavaScript applications. Redux derives its ideas from Flux architecture. So, in this article, we will see what is Redux architecture in React.

What is Redux architecture in React?

It is basically a flux-like approach to React applications. Redux doesn’t necessarily have to be used with React only, you can use it for AngularJS or JS too. But Redux works really well with React. Redux basically provides a way for managing the store, unidirectional flow of data, and much more. Flux architecture has multiple stores that are coordinated together by the dispatcher and when there is a change all the stores need to update themselves. But in Redux we have a single store. A single store that handles the entire application. Any changes to the store are done through actions.

Using a model called react-redux you can integrate Redux together with React. Now for this integration, we use the react-redux package. But here we will be covering only Redux. So as a first step, you need to install redux into your React application:

So, in this article, we have been through what is Flux architecture in React. Also, feel free to comment with your suggestions and feedback on the post. Moreover, at BOSC Tech Labs, we have a team of highly experienced React JS developers. They can assist you in developing your customized web app. So contact us to hire experienced ReactJS developers.