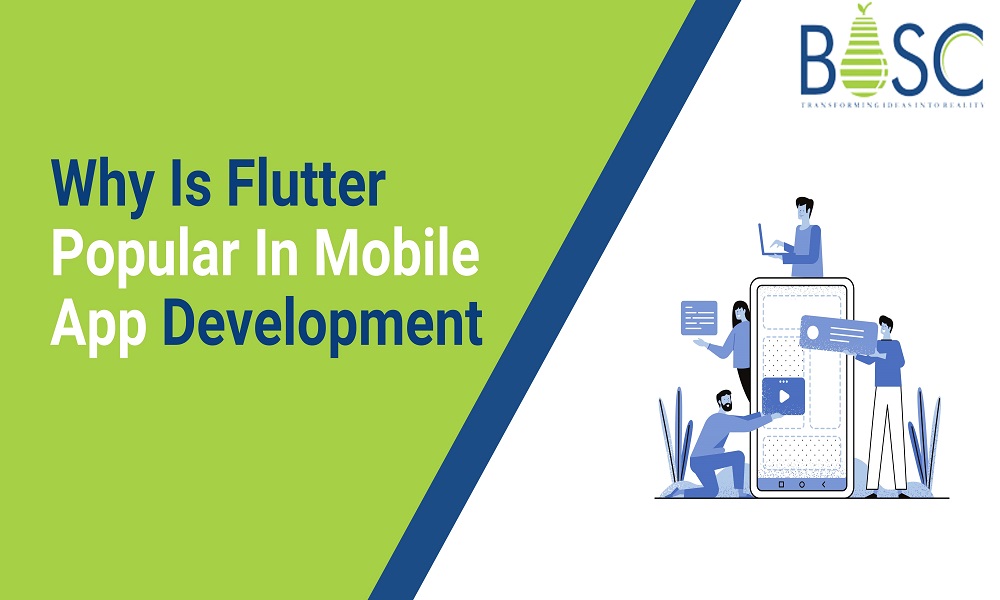 Why Is Flutter Popular In Mobile App Development?

Nowadays, applications and mobile phones are becoming the most important part of our life, and it has also centralized the world. However, billions of users are using smartphones across the world. In addition, millions of the apps are available on Apple Store and Google Play store to download. However, there is tough competition in the mobile applications market, and many startups and developers are trying their best to deliver amazing services to app users.

Therefore, app developers constantly look for quicker, easier, and less expensive methods to launch their mobile applications. In this phase, effective tools play an important role. From programming languages to app frameworks, programmers use them to identify how quickly they have the product in front of the end users.

Let’s see why Flutter has achieved the rise in popularity and its features that make it the best for mobile app development.

What are the Flutter Usage Statistics? 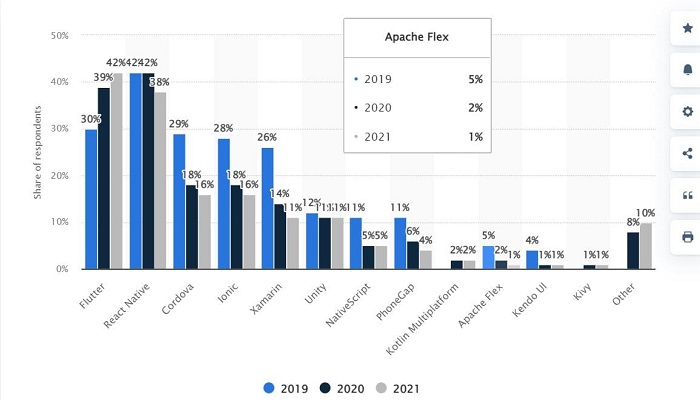 Cross-platform mobile frameworks are used to develop an app that is accessible to a huge number of devices. A single code is used across multiple platforms for its easy portability, and in the end, it keeps the cost of software development low. With the cross-platform mobile framework, there is the possibility of maximum exploration of its targeted audience. For instance, an app can be targeted for both iOS and Android platforms, which will maximize the app’s reach. The global developer occupants is about to reach 28.7 million people by 2024, an increase of 3.2 million from the number viewed in 2020.

Flutter is the open-source UI toolkit created by Google and used to develop step-by-step mobile application development for mobile, web, and desktop with a single codebase.

It was created to give tough competition to Facebook’s React Native. Still, Flutter has gained immense popularity in developing immersive apps for mobile and web apps and embedded and desktop apps.

In Flutter, you can make beautiful, native cross-platform applications for iOS and Android platforms without worrying about any device. Flutter also gives a seamless experience across every viewing device.

Flutter mobile apps are gaining an immense rise in the market because the apps built with Flutter capture the user’s attention with its properties like unified animation, faster time to market, affordability, and high performance. It becomes possible due to the Skia engine, Material Design, dart programming language, and Cupertino Widgets used by Flutter.

What is Flutter App Development?

Developing platform-independent apps that work on desktop, mobile, and web with the unified code and use Flutter as a UI toolkit is called Flutter app development.

You can get a high-end, rich, and naturally immersive user experience for its clients via the Flutter app development. Single code means, Writing code once and running it everywhere. Hence, you can release the app across all the platforms in a single go. Hence, it saves time and money by rapidly launching your app in the market.

What are the Characteristics of Flutter app development?

Let’s see some of Flutter’s major characteristics and make it a good option for creating custom eCommerce websites.

Why is Flutter well-known in Mobile App Development?

Flutter shows a great rise in popularity among mobile app developers. Let’s see some of the features that make it unique in the mobile development industry and have raised the demand for the Flutter app development company. 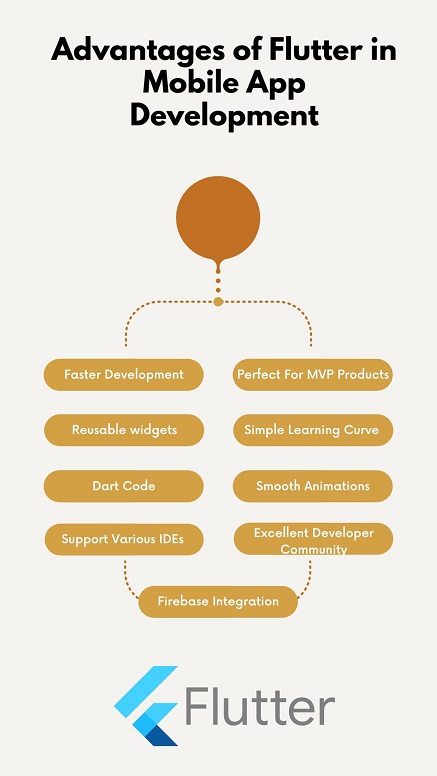 Flutter’s flexible UI, easy implantation, quick turnaround time, and high performance make it the best choice for MVP development. At an MVP stage, you usually need more time and money. It validates the app idea in the market or presents to the investors that there are better ideas than creating the app for the two platforms. Flutter uses a single codebase that helps you launch the apps that come across all platforms simultaneously, which aids you in saving time and money.

Flutter has come with an extensive set of customizable widgets catalog as these widgets are the structural elements wrapped with the material to design specific functionalities that can use for styling aspects like padding, setting fonts, etc. Hence, developers customize these ready-to-use widgets and compose their widgets in the multiple stages of the project.

Unlike other frameworks like React Native, Swift, and Java, Flutter is easy to learn. A UI open-source framework is much easier to learn and use if you have complete knowledge of the basics of Java and C#. Developers are looking to access source code that only needs to learn the basics of Dart.

Flutter uses object-oriented and strongly-typed dart code, which will act as the technical catalyst for the framework. Let’s see some of the few Dart’s fundamental aspects that make it requisite for Flutter development.

Also Read: Which are the Best Flutter Widgets for App Development in 2022?

Flutter gives a huge number of widgets that aid you in creating apps that follow a material design. The Material motion system for Flutter helps make the smooth transition between UI elements and helps to give a smooth and rich look. Flutter has in-built adjustments like GUI rendering, gestures, and animation, allowing a developer to control each pixelated element on display. Hence, it enhances the framework’s capability to make a smooth and rich app with a custom layout.

The Flutter framework is backed by millions of developers who actively participate in helping the community and framework grow by helping others give ongoing support and fix bugs.

Firebase in the Flutter implementation is Google’s Backend-as-a-service (BaaS) platform for developing web and mobile applications. Experts can benefit from the firebase services like databases, analytics, crash reporting, and messaging. Hence, developers can take benefit of the firebase functionality of the Flutter framework by utilizing it.

There are several reasons why experts believe that Flutter is undoubtedly the king of the mobile app development industry. The business benefits of Flutter are myriad. However, companies get their products to market quickly, reduce the cost, target multiple platforms and get the most clients at once.

From a developer’s perspective, Flutter is easy to use and permits faster app development. Hence, the growing community ensures that any bugs and errors are promptly addressed!

If you want to develop cross-platform apps using Flutter, hire Flutter developers from Bosc Tech Labs, as it assists you in development!

1. Why is Flutter considered better than the other frameworks?

The layered architecture grants developers control over every pixel and thus empowers them to make changes quickly and get into the intricate details of the design. Flutter does not rely on the native UI components to render. Hence, it uses an in-built Skia rendering engine and saves time.

2. What makes the Flutter framework unique?

Flutter is useful and can do the function using a single codebase. It means a coder can write the code once and run it everywhere in Flutter using the Dart UI coding language. As this code is natively compiled dependent on the platform/OS it is being run on.

3. When should you make use of Flutter development?

The applications developed in Flutter took little time to build and are also cost-effective. It is perfect for MVP startups when you are required to test your business model fast. Hence, Flutter app development costs less than native development for the two platforms.