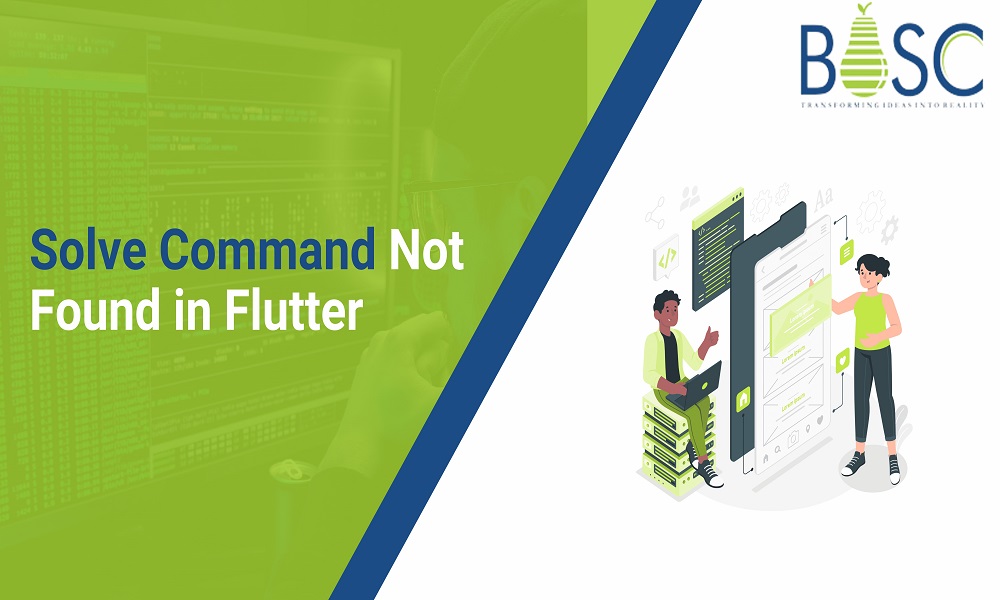 How to solve command not found in Flutter?

Flutter is certainly one of the best programming languages that help Flutter developers to extend the functionalities and features of the native OS into a codebase to be executed on iOS and Android simultaneously. It offers excellent functions, all thanks to the library functions and reusable UI components that make coding much easier and hassle-free. But that’s not all! Flutter app development best practices comes with an engine with high execution speed and helps write a single codebase for multiple platforms.

However, when you will write some commands in the code and compile the same, you may receive an error for the command not being found. This might be a generalized issue, but it needs to be solved for the program to run properly. It is not easy when you don’t know exactly what caused the error or where it is being sourced. So, to help you out, we have discussed how you can easily resolve the issue for command not being found in Flutter app development.

What does the command Flutter have to do with the programming framework?

1. To run the application once you have installed it
2. To check the current versions of the dependencies and update them for better performance
3. To verify if the installation of Flutter SDK is complete on the specific machine or not

When you want to check either of the three conditions mentioned above, you must write $flutter and run the same in the command prompt window. If everything is correct, you will get details about the application’s installation and current runnable status, the versions of all dependencies, and many more. But if there is any problem with the command, you won’t be able to see the result. Instead, the command prompt window will display the error as a Flutter command not found.

What leads to the command not found error on Flutter?

The “$” operator that you are using with the command for searching it is usually used for addressing the operating system to look for the directory where the Flutter file and folder are saved. Once you give this directional shell and enter the command, it starts searching the directory for any file or folder named Flutter. If no such location is found, it means there are problems with Flutter installation or the current version of dependencies being old and obsolete.

How does the OS search for Flutter commands?

When you enter a command into your shell, which can be any token, the first thing the shell does is search its $PATH for an executable with the exact name you entered. There are several folders that are set up by default, but if you wish to make a new command available, you must add the new directory to the $PATH variable and instruct it to search there as well.

Let’s look at how to set the path variable on :
Working with a shell is not very common under Windows. Instead, you work with the OS’s GUI most of the time.

1. Using the shortcut on the keyboard You can open the Power User Task Menu by pressing Windows Key + X.

2. Choose System from the menu.
3. Click About after scrolling down.
4. At the bottom of the Device Specifications page, click the text button labeled Advanced System Settings.
5. After selecting the Advanced tab, go to the bottom and select the Environment Variables button. 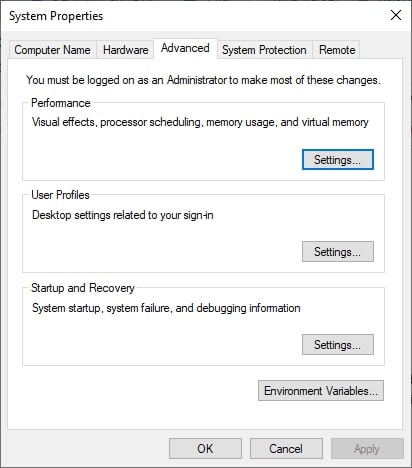 6. Click the Edit button after selecting the Path variable in the System Variables section. The paths you wish the OS to access can be added to or changed in the path lines there. Use a semicolon to divide the pathways. 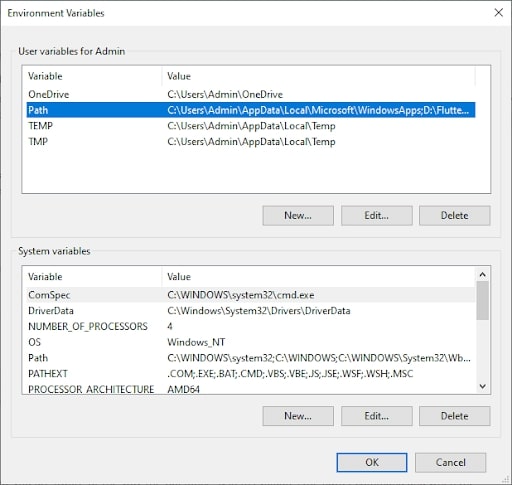 How to solve the command not found issue in Flutter?

Since now you are aware of the way the operating system evaluates the flutter command and when the error is being displayed on the screen, it’s time to find out the steps for resolving the same. Here is a detailed description of the same that will help you easily resolve the issues.

1. First thing first, you need to determine the location or the directory where the Flutter file is saved after you have completed downloading or installation.
2. Now, you can either create or open a $HOME/.bash_profile. This can be easily done with the help of a terminal text editor. A bash_profile is a hidden script that allows users to easily configure the file or change the configuration default settings.
3. You need to add the path to the location where the duplicated version of Flutter’s GIT repository file has been stored. One example will be export PATH = ~/Documents/flutter/bin:$PATH
4. Now press Control+X. Once you do so, you will be asked whether you want to save the same or not. You should click on Yes.
5. You have to run the source file named $HOME/.bash_profile. This will help in refreshing the current window that is opened on the machine. In addition, it can also restart the terminal text editor window.
6. Run the function of echo $PATH. This will show you whether or not the directory location provided here, flutter/bin, is now configured in the PATH shell.
7. Remember that this directory will be the location with the Flutter SDK and not the app itself. Since SDK is the most important file, you have to troubleshoot the command not to find the problem for the same first.

In this following article, we have walked you through the steps to troubleshoot the error when you get any message like a command not found in Flutter. Usually, when you download the Flutter SDK, it either needs to be properly installed or saved in a directory location that the operating system fails to find. As a result, the error message will be shown when you run the shell file in the command prompt or any other terminal text editor. Therefore, to troubleshoot the problem, the first thing to be done is reconfigure the directory and change the default one to the location where you initially stored the Flutter SDK. Once done, just restart the terminal window and verify the change in the directory has been applied.

Bosc Tech Labs is one of the best app development company with Flutter expertise who will assist you in every manner. You can also go through our blogs on Flutter development to increase your knowledge of Flutter.

1. How will you run the command in Flutter?

The Flutter run command will run your app on the connected device, Android emulator or iOS simulator. You can also utilize a verbose command to get the brief log while running an application.

2. Where to put the Flutter command?

You must be using IntelliJ, Android Studio, or VSCode, as these IDEs already use commands in the background to make your work more manageable with only a single click.

3. How is the Flutter code executed?

The engine’s C and C++ codes are compiled with Android’s NDK. The Dart code is the ahead-of-time that is compiled into the native, ARM and x86 libraries. Those libraries are included in the “runner” Android project, and the whole thing is created.