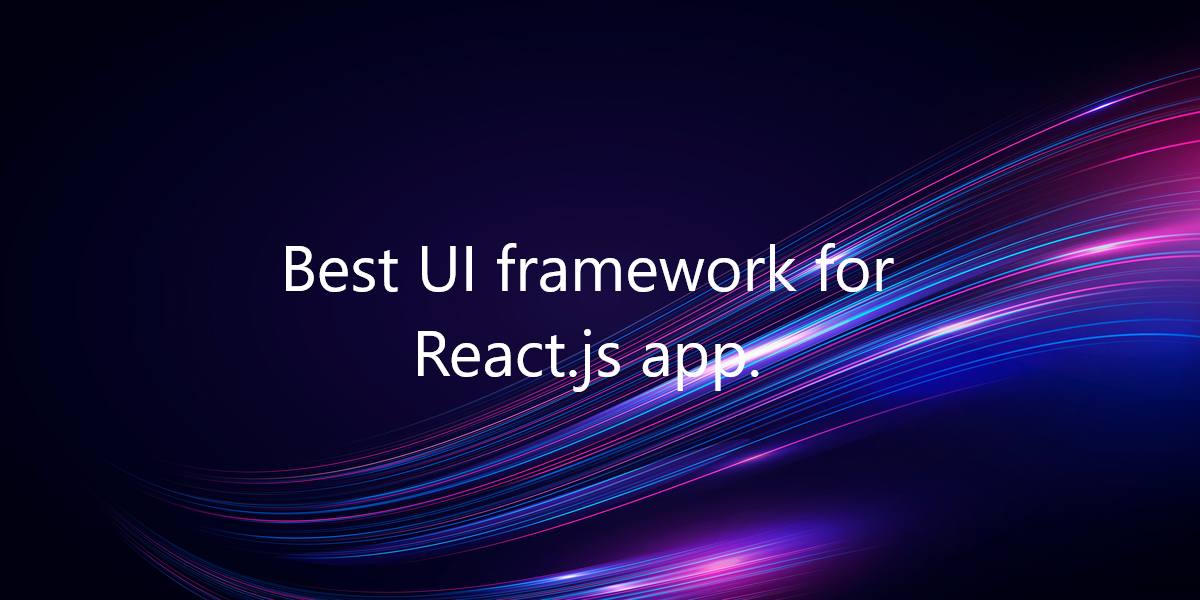 A software framework is a platform that is used to develop software applications. It provides the foundation on which software developers can create programs for specific platforms. Each framework is built for different purposes. So, in this article, we will see the best UI framework for the React.js app. So, let’s get started.

When developers build any new project from scratch, it takes a lot of time. Also, it can cause frustration, and developers spend a lot of time locating components rather than improving features. This is also a waste of time because the code is already written and is available to you. Frameworks can solve all your problems. Below we have listed a few React frameworks that you can use:

Material UI is a set of React components that implement Google’s material design. Also, it is one of React’s first UI kits. MaterialUI has all the components you need for development. It is highly configurable with predefined color palettes. It also allows you to define custom color themes for your application. Previously, material UI had performance problems, but now performance is improved.

React-Bootstrap is a library of reusable front-end components. Each component has been built from scratch as a true React component, without unneeded dependencies like jQuery. Being one of the oldest React libraries, ReactBootstrap has grown together with React, making it an excellent choice for user interface foundations.

Ant Design is a design system specifically built for enterprise-level products. It provides a set of high-quality react components. It is written in typescript with complete define types. Also, It supports browser and server-side rendering. It contains various design languages and frameworks which help developers in the UI process.

So, these are the few React frameworks that developers can use to create amazing UI. We hope that this framework will help you in your next React project to create some beautiful UI.

So, in this article, we discussed a few best UI frameworks for the React.js app. You can also comment and let us know which framework you use for UI development. Also, you can tell us which framework do you like the most. Feel free to comment with your suggestions and feedback. At BOSC Tech Labs, we have a team of highly experienced React JS developers who can assist you in developing your customized web app. So contact us to hire experienced React JS developers.